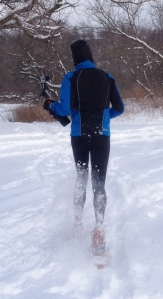 GoScope Clutch along for the snowshoe ride!

I do most of my video shooting on my GoPro Hero3 camera and use a ton of accessories to make this happen. While the satisfaction that comes with rigging up some junky-looking do-it-yourself solution is nice, there are companies like GoScope making much better looking accessories like the Clutch GoPro Hand Grip.  The Clutch is a non-extending version of their popular GoPro Pole that allows you to get better angles at an arm’s length.

I’ve been using the GoScope Clutch for the past few weeks in some cool places.  I used it in San Francisco at The North Face ECS Championships and around Niagara on a snowshoeing adventure.  The Clutch did a lot of things really well.

The GoScope Clutch had a nice simple design that consisted of a large grip, a wrist lanyard, and two quick release mounts.  The handle was a good size that feels comfortable with bare hands or with gloves/mitts on.  The length of the lanyard is good in that I could tighten it around my wrist, but still have enough slack to reach as far as I wanted with the Clutch.  Finally, the use of the quick release mounts was what set the Clutch apart from other handle-type mounts I have used. 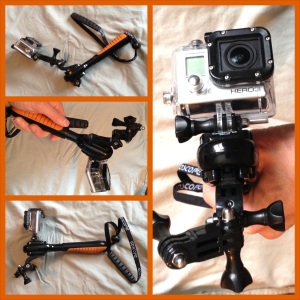 The camera mount was based on GoPro’s standard quick release design.  The GoScope Clutch had 2 quick release mounts on opposite sides of the head.  This opens up many possibilities for using 2 cameras at the same time.  It also meant that I could have two different mounting setups to swap a single camera between depending on what I was shooting.  I typically would have a single quick release mount for steady shooting when I wanted to avoid camera shake while I was moving.  I would install a quick release mount with extension pieces on the other side to allow more flexibility and camera angles when I needed them.  The most obvious benefit with the quick release vs. other handles that use a direct screw on mount was that I could remove the camera from the handle quickly. 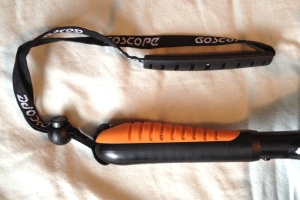 I haven’t beat up the GoScope Clutch too badly, but it didn’t show any signs of damage or premature wear.  It had a solid rubberized grip and the lanyard was beefy enough to keep the camera with me if I let go.  It was also light enough that it didn’t weigh me down at all.

If you’re looking for something to help you get the GoPro shots you want, consider the GoScope Clutch as a well made, versatile option. 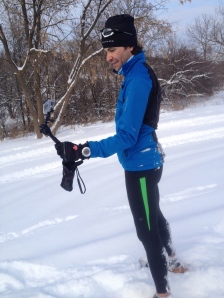 Disclosure of Material Connection: I received the GoScope Clutch for free from GoScope as coordinated by Deep Creek Public Relations in consideration for review publication.