This post is very late!  I’ve been down and out with what I assume is the flu all week so I hadn’t got around to posting last weeks results.  This flu is going to make for a very short week 11 report since I’ve been doing very little (no) running but for now, here is week #10!

Week #10 was our first week back from vacation and we faced a few big changes on the home front.  The big ones were that my wife started back to work after being off since our son was born, and both kids started at nursery school a few days a week.  We survived the week without incident but in all the change it was tough to refocus on training for my race that was now 4 weeks away. 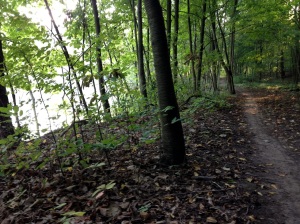 Back to my “home” trails this week!

That being said, I managed to get in some decent runs and felt like I was getting back on track after two weeks of minimal structure while we travelled.  I started following my schedule as much as possible and hoped I wouldn’t find I had lost anything from “ignoring” it for a couple of weeks.

Monday was the first day back, and it was a holiday so I managed to get out for a trail run in between unpacking suitcases.  I had planned on doing 20-25, but the heat and humidity were unbearable after being away from Southern Ontario for a while.  I started feeling bad after 10km, suffered through the last 5km, and then called it a day.  Not a great start!

Tuesday I waited until later in the evening so the heat wouldn’t beat me down as much and had a nice 8km road run at dusk.  This one felt a lot better and I was hopeful that my struggles were just a loss of heat acclimitization.

I took Wednesday off and then had another decent road run on Thursday night.  I did 10km at a good pace and felt pretty good.

I got up early Friday morning for a longer trail run and again got a bit sapped by the sun.  I was amazed by how much being away from this climate for a couple of weeks impacted my performances.  My body just can’t cope with it!  I finished my 20km but felt pretty beat up. 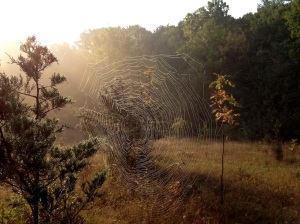 The beauty of early morning running

Saturday was a rest day, and then Sunday I had planned for my longest run (ever!).  I had 40km on calendar, and was planning on doing it in the morning – a surprise birthday lunch for my wife (Happy Birthday!) shifted my running schedule until later in the afternoon.  Thankfully the temperature was more reasonable that day so the later start was OK.  I managed to finish the 40km on the trails but it took a toll on my legs.  I was struggling to keep moving by the end.  I know I had trouble with nutrition (likely due to the time of day, and less than adequate eating before I left).  My legs were cooked but I perservered to get the distance done.  A good learning experience for what to expect when I have to go longer! 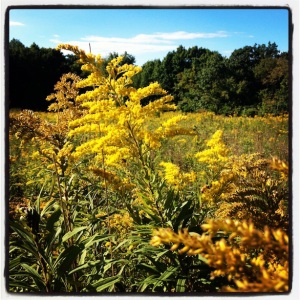 Beautiful day for a run

That was my week – some ups and downs and a bit of a confidence shaker at the end of the week but I am still hopeful I can achieve my goals in the 50km distance.  Things will be tapering a bit over the next 3 weeks, starting with Week #11 that looks like this:

Thanks for reading – I’m looking for one more race this fall, if you have any suggestions for Oct/Nov please pass them along!