I have been looking forward to trying out the Salomon FellCross shoes since I first read about them.  I tried a pair of SpeedCross 2 this past winter (click here for that review) and it sounded like the FellCross would be similar, only lighter and with a lower drop – just what I was looking for.  I have now had the opportunity to get out a number of times with these shoes and wanted to give my initial thoughts.

Right out of the box these shoes seem fast.  They look super aggressive and I liked the red/black color.  What struck me first was how light they felt for such a substantial, robust looking shoe. 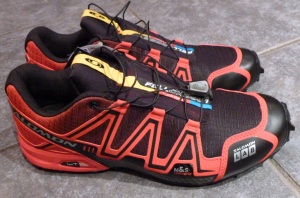 Fresh out of the box

To begin with, I’ve never knowingly encountered a “fell” but through extensive research have learned that they are hills/mountains in Britain.  These shoes were designed for fell racing – running up said hills/mountains.  While we don’t have fells around here, we definitely have a lot of hills so I hoped the design would transfer well for my needs. 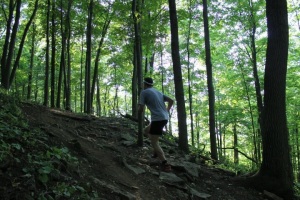 Dragging my FellCross’ up a Niagara ‘fell’!

My first impression of running in these shoes was that they felt really fast and agile on my feet.  I am used to running in low-drop road shoes so I immediately liked how they worked with my stride.  They were also really supportive around my ankle and gave me confidence on the rough sections of trail.

The Salomon FellCross has a very aggressive outsole tread pattern – similar to the SpeedCross shoes.  It is basically made up of triangle shaped lugs (slightly smaller on the FellCross than on the SpeedCross).  The lugs were obviously designed to bite into mud and soft ground, but I didn’t find them problematic on all the hard packed ground that I tested them out on.  The sole is made of a soft, grippy rubber that tends to hold onto hard, dry surfaces.  I haven’t used them enough to weigh in on the durability of the sole but I would safely guess that a lot of asphalt use would burn down the lugs quite quickly.  They performed fine on asphalt, but in terms of durability I would say they are definitely a trail only shoe. 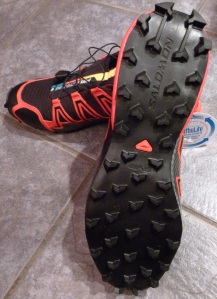 Aggressive lugs on the sole

The FellCross shoes had much thinner padding than other trail shoes I have run in.  They are measured as having a heel height of 20mm and toe height of 16mm (including the lugs at ~7mm).  With this minimal padding between the foot and the sole I noticed a greatly increased sensation of what was underfoot compared to a lot of trail shoes – I really liked this.  This gave me a better sensitivity to the nuances of the ground I was running on.  Where this was really evident was on a 1/2km downhill section of gravel road where I could feel individual rocks as I stepped on them.  As I said, I like this sensory foot feedback but some might not, so be aware of it if you are considering these shoes. 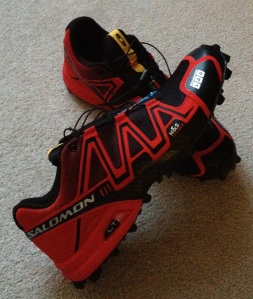 Nice low drop, and not much padding 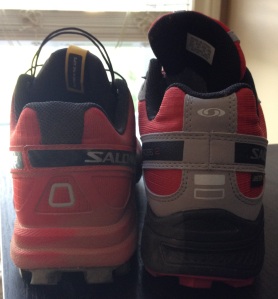 Difference in heel stack height between the FellCross and SpeedCross2 shoe

The upper on this shoe was very robust.  The fabric keeps dirt/debris from getting in the shoe and is advertised as being designed to not absorb water for running in wet conditions.  One thing I really liked on the FellCross upper was the soft middle part of the upper heel cup.  It was nice and flexible and I never experienced any rubbing in my achilles tendon area no matter how steep the trail got.  I thought this was a smart feature for these shoes.  I managed to test the upper with a spectacular crash after stupidly tripping on an exposed root during a moment of inattention.  The shoe that took the brunt of the impact had no issues at all (while my knees, back, and ego had significant damage!) 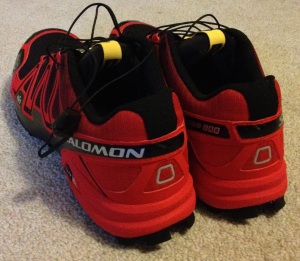 The fit of these shoes was deceiving for me.  I have worn size 10’s in all of my Salomon footwear so naturally had these in a 10.  When I first put them on, the toe box area seemed quite snug.  It wasn’t an uncomfortable tightness, just a feeling that the shoe was really hugging my forefoot.  I wondered how this would feel after running in them for a while, and thought maybe I should have tried a larger size.  I was pleasantly surprised that despite my concerns, the toebox fit was great every time I used them.  They felt very supportive and almost like a hard sock forming around my foot. 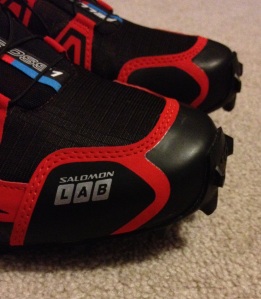 I did experience issues with the heel cup on one of the shoes, however I think this was mainly due to my own feet, and not getting the sock/lace tension right the first time I used them.  I have had similar issues with the same heel during first runs in other trail shoes with a rigid heel cup.  My first run in these shoes was an 18 km recovery run on some hardpacked, hilly trails.  I started feeling my heel rubbing about the 10 km point and tried making some adjustments.  It was too late at this point and I ended up with a huge blister on my heel.  On subsequent runs I managed to get the lace tension right, and tried a thicker pair of socks which seems to have solved the issue (hard to tell because the blister is still sensitive).  I would suggest (and with new shoes in the future, I will be) taking them out for a shorter run to get everything dialed in before heading out for the first long run.  Similar to what I found on my SpeedCross 2’s, I struggled with getting the lace tension where I wanted it with the Salomon laces.  I definitely prefer an elastic type of speed lace versus these static cord laces.  One improvement I found with the laces on the FellCross is a much smaller plastic tensioner.  It is easier to stow away once you get them strapped on.

All in all these shoes are really growing on me.  I have worn them for 20km moderate paced runs down to 6km sprint trail races and they have performed great.  Even though they seem designed for wetter conditions, I haven’t had any problems with them on our dry trails this summer.  Now that I have sorted out the heel rubbing issue by changing socks and lace tension I am really liking them.  Hopefully we’ll get some rain soon and I can update my report with their mud performance! 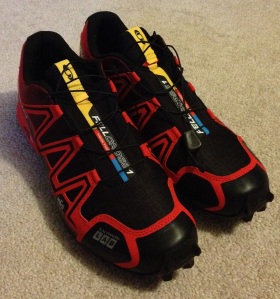 I have been using these shoes as my go-to trail shoe for a couple of weeks and wanted to add an update now that I have run just over 125km in them.  They are holding up very well – no durability issues at all.  The lugs aren’t wearing out even though all I have used them on is dry, hard-packed trails.  The blister issue I had experienced on the first run hasn’t recurred and the shoes seem more comfortable every time I wear them.  I’m still happy with them and would definitely recommend giving them a try. 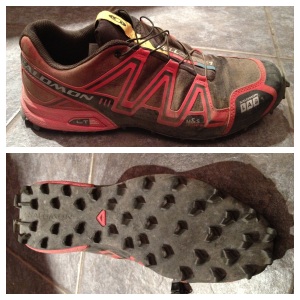 A little dustier, but no wear issues